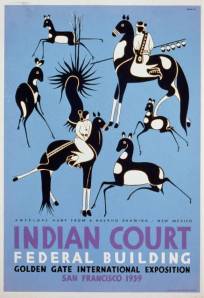 –  that former President George H. W. Bush approved a Joint Resolution of Congress in 1990 that designated November 1990 as National American Indian Heritage month (and similar proclamations were issued yearly since 1994)?

–  that the first American Indian Day was declared in 1916 in the state of New York?

–  that 184 Native American tribes throughout the United States support the establishment of a day honoring American Indian heritage?

–  that, according to the United States Census Bureau’s 2010 census, 0.4% of the total Maryland population is American Indian and/or Alaska Native?

Are you interested in researching Native American law?  If so, then check out the Georgetown Law Library’s guide at http://www.law.georgetown.edu/library/research/guides/nativeamericanlaw.cfm.